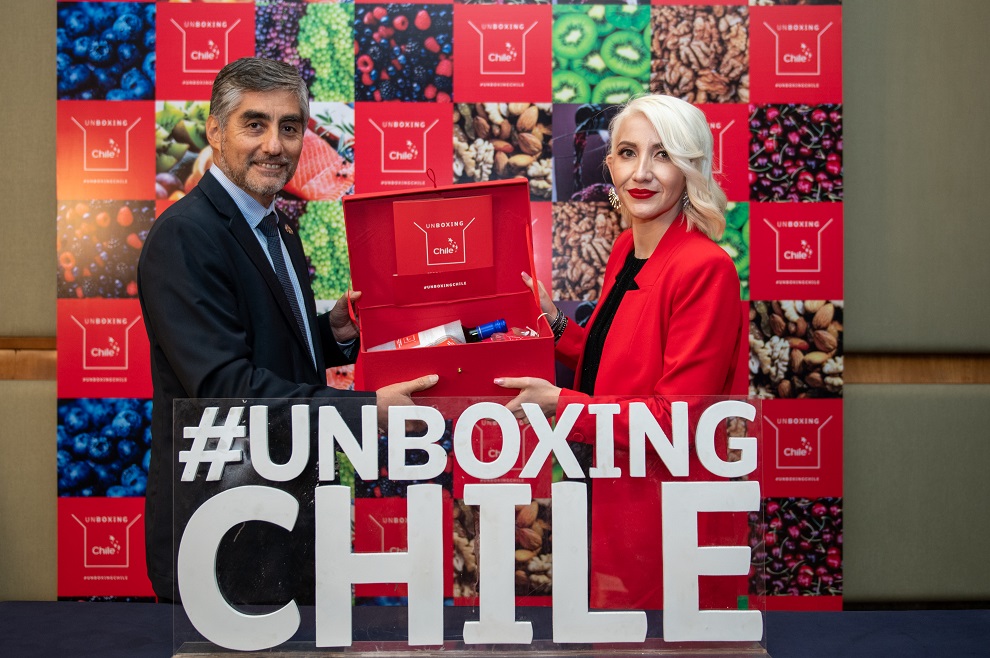 South American nation unboxes a taste of its culture, scenic beauty, colors, and aromas for the Indian consumer

Indians are slowly getting a taste of Chilean foods and are beginning to appreciate the quality that Chilean produce brings. Thanks to globalization, sometimes you may not even realize that the juiciest fruits in your salad bowl may be the labor of love from farmers halfway across the globe.

While the post Covid world has brought many big and small changes, one positive impact has seen more and more people reaching out towards healthier and more nutritious produce.

According to trade statistics the demand for superfoods such as vegetables and fruits has gone up while processed, junk food is witnessing fewer takers especially in urban markets of India.

While traditionally, India has been importing a variety of produce such as Washington Apples from North America, increasingly South America is becoming a coveted choice for fresh, wholesome fruits, nuts, exotic produce and vegetables.

The main objective of Unboxing Chile, is to offer the Indian consumer a taste of its culture, scenic beauty, colors, and aromas. In turn they get to feel the spirit of Chile, its warmth, all the beautiful places that Chile can show and the identity of the Chilean people stamped in their products.

The event at Hotel Leela in Gurugram, near New Delhi, saw the participation of leading Indian food, travel and lifestyle writers, influencers and enthusiasts.

Speaking on the occasion, Chilean ambassador to India, Juan Angulo, remarked that “Chile and India share a tremendous relationship that is based on shared values.”

“Economic partnership between the two countries continues to grow and food is a very important part of this,” he said. “Indians are slowly getting a taste of Chilean foods and are beginning to appreciate the quality that Chilean produce brings.”

“Chile is bestowed with a unique topography to make Chile a phytosanitary island. This is a primary reason for the high quality of produce that comes from there,” Angulo said.

“The goal of ProChile is to bring Chile closer to India and improve the visibility of Chile, as a country, supplier and partner,” said Marcela Alejandra Zuñiga Alegria, the agency’s Trade Commissioner in India. “ProChile is a nonprofit entity, whose main objective is to improve bilateral trade between both countries.”

“Unboxing Chile is an international campaign that comes alive tonight in India and provides an incredible opportunity to know and connect with Chile, its flavors and its people,” she said.