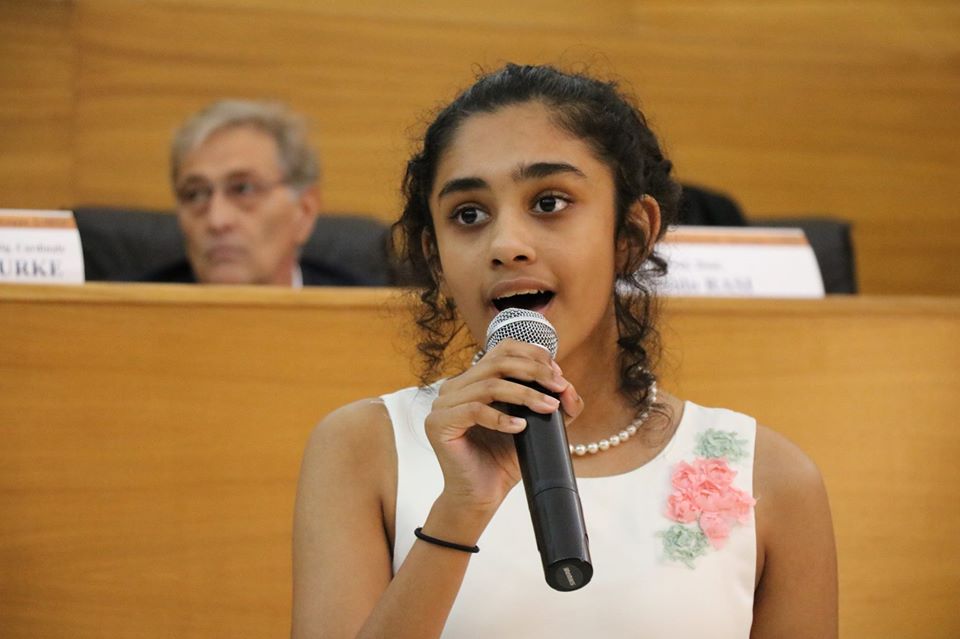 With ancestral roots in Kerala, the musical prodigy hopes to perform at world’s best opera houses

The University of California-Davis’ youngest graduate in the class of 2022 is an Indian-American musical genius. Remarkably, Tiara Thankam Abraham received her bachelor’s degree in music (vocal performance) at just 16.

It was an emotional and happy day for Tiara surrounded with her family, including her 89-year-old grandma, Dr. Thankam Mathew, whose name she carries and has created history when she became the first Indian woman to receive her PhD in veterinary medicine in the mid-1960s.

Set to join Jacobs’s School of Music at Indiana University, Bloomington, world renowned for their opera program, Tiara hopes to perform at the best opera houses in the world and bring joy to people’s lives with her music.

Tiara started her college journey as a young 7-year-old child. She graduated high school at 13 with a 4.0 GPA. At 14, she transferred to University of California-Davis as a junior (3rd year student) to pursue her bachelor’s degree in music during the peak of the pandemic in September 2020.

She was awarded the most prestigious undergraduate scholarship at UC Davis, the University Regents Scholarship. Most music students struggle with music theory which is analytical and math oriented, but Tiara, having a love for math and numbers and an analytical mind, enjoyed the five advanced music theory courses at UC Davis.

She began her Western classical voice lessons at seven after her unique talent for singing was noticed by her parents. It was unusual for a 4-year-old Tiara to sing vibrato, a technique seen in operatic singing.

During her time at UC Davis, Tiara became one of the youngest students to join two of the oldest and most prestigious academic honor societies — Phi Beta Kappa and Phi Kappa Phi — at 16.

Tiara finds her inspiration from her older brother Tanishq Abraham, who was also inducted to both these honor societies at 14. Now a 19-year-old, Tanishq is in his final year of PhD in biomedical engineering at UC Davis.

Both the Abraham siblings started their college journey at seven and became the youngest sibling pair to join the American Mensa at four.

Coming from a family background of STEM fields, Tiara was supported and encouraged by her dad Bijou Abraham, a software engineer, and mom Dr. Taji Abraham, a veterinary epidemiologist, who did not push her into becoming a medical or veterinary doctor or an engineer.

Instead, they nurtured her musical genius and helped grow her passion for singing. The Abraham siblings are third generation Indian-Americans born and raised in California. Their parents and grandparents moved to the US from New Delhi in the early 1970s but have their ancestral roots in Kerala.

As a music performance student, Tiara has juggled her tough university music curriculum with recitals, concerts, vocal competitions and volunteering with church choirs and singing at assisted living and memory care centers.

Apart from finding time for her vocal performances and singing in seven languages, she also plays the piano and learns the violin.

In addition, Tiara finds time to write papers and present works of underrepresented people of color (POC) artists such as Florence Price, a composer and Georgia Douglas Johnson, poet both from the Harlem Renaissance artists.

This led to Tiara composing a song for soprano and piano based on the text by poem by Georgia Douglas Johnson.

As a young South Asian or Indian-American who predominantly sings Western Classical or opera arias, Tiara relates to some of the experiences of these underrepresented POC artists, as she has also faced challenges during her educational and musical journey.