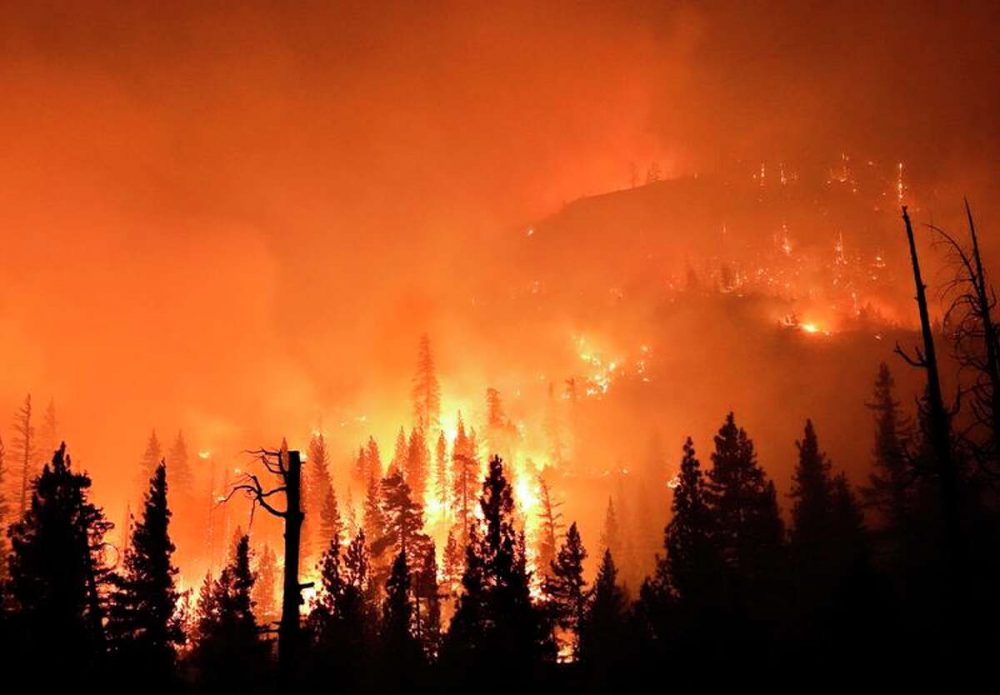 At a time when Australia and France are reporting huge damage due to wildfires, the news of self-powered ‘paper-chips’ to detect fires early is likely to bring a ray of hope to mitigate the devastating impact on the environment.

An estimated one billion animals perished from the bushfires, with several endangered species facing the risk of total extinction. Wildfires can burn millions of acres of land at shockingly fast speeds, traveling up to 14 miles an hour, which converts to about a four-minute-mile pace and burning everything in their path.

Nearly 85 percent of wildland fires in the United States are caused by humans such as campfires left unattended, the burning of debris, equipment use and malfunctions, negligently discarded cigarettes, and intentional acts of arson, according to data available from Wildland Fire Management Information (WFMI). California is the most wildfire-prone state and in 2019, it lost 259,148 acres of land to 8,194 wildfires.

Usually the fire season lasts from June through September in the United States when the so-called fire triangle — fuel, oxygen and a heat source — contributes to wildfires burning any flammable material around including trees, grasses, brush, and even homes. The greater an area’s fuel load, the more intense the fire would be.

In 2020, when summer turned the hottest on record, besides drought and the Covid-19 pandemic, the number of fires doubled from the previous year.

Apart from the US, recent devastating fires in the Amazon rainforest and the ongoing Australian bushfires highlight the need to detect forest fires at early stages as present methods of infrared imaging through satellites, remote sensing, watchtowers and aerial patrols remain time-consuming to mitigate the damage.

To help overcome this challenge with an early detection of fire, Chinese researchers have developed self-powered “paper chips” that sense early fires and relay a signal.

Earlier, placing a network of sensors in the forest to detect changes in temperature, smoke or humidity and wirelessly transmit a signal to responders proved futile owing to power constraints as batteries eventually go dead. Moreover, most of these materials are expensive.

Yapei Wang and colleagues from Renmin University of China prepared paper-based thermoelectric sensors using ionic liquids for fire sensing and generating signals. The thermoelectric paper chips are affordable at just four cents, and the materials are eco-friendly, the researchers say.

To make paper-based thermoelectric sensors, the researchers chose two ionic liquids that behaved differently when the temperature increased, as would happen in a fire.

They prepared paper-based ionic thermoelectric chips using A4 paper strips 0.5 cm in width and 5.0 cm in length. Using two different types of ionic liquids that can be connected in series they were able to generate signals.

In their pilot test of the ‘paper-chip’ sensor, the researchers attached it to a houseplant and placed a flaming cotton ball close to the plant’s roots.

Soon, the temperature at the bottom of the sensor quickly increased, producing a voltage signal that an attached microcomputer chip wirelessly transmitted to a receiver. Once the signal is picked up, the receiver activates a sound alarm and a red light.

Hopefully, the early detection of forest fire would go a long way in mitigating the wider wildfire destruction in the future.