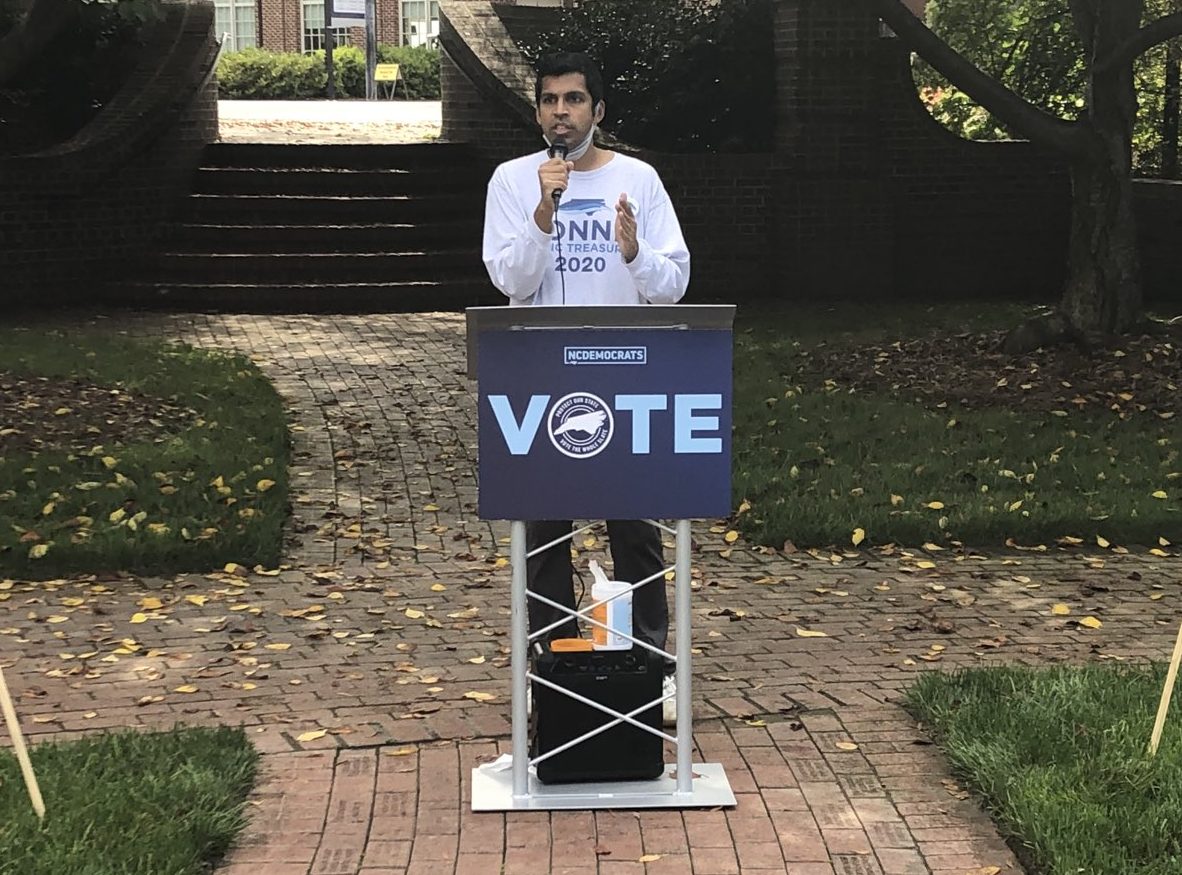 Indian American economist Aaron “Ronnie” Chatterji has been named White House Coordinator for the implementation of the CHIPS and Science Act’s historic $50 billion investment in the semiconductor industry at the National Economic Council (NEC).

Signed into law by Biden on Aug 9, 2022, the CHIPS (Creating Helpful Incentives to Produce Semiconductors) and Science Act aims to boost domestic research and manufacturing of semiconductors in the United States to give the country a competitive edge on the world stage.

“In his role at the White House, Ronnie will help coordinate a unified approach to our key implementation priorities while ensuring that we have guardrails and oversight in place to responsibly spend taxpayer dollars,” he said.

Chatterji has served as the Chief Economist of the Department of Commerce since April 2021. In this role, Chatterji has been the principal economic adviser to the Secretary of Commerce Gina Raimondo and responsible for developing policy related to US competitiveness, labor markets, supply chains, innovation, entrepreneurship, and economic growth.

Chatterji previously worked in the Obama Administration, serving as a senior economist at the White House’s Council of Economic Advisers and as a visiting Associate Professor at Harvard Business School.

Chatterji is currently on leave from his position as the Mark Burgess & Lisa Benson-Burgess Distinguished Professor of Business and Public Policy at Duke University’s Fuqua School of Business.

Chatterji also has served as a term member of the Council on Foreign Relations and worked as a financial analyst at Goldman Sachs.

He received his PhD from the Haas School of Business at the University of California at Berkeley and his BA in Economics from Cornell University.

Tuesday’s announcements include executives experienced in large-scale program management, finance and the government’s needs for accountability, according to the White House said.

These leaders, along with the staff they are hiring, will be responsible for the implementation of the CHIPS and Science Act’s historic $50 billion investment in the semiconductor industry, it said.

“After outlining a thoughtful and comprehensive strategy for CHIPS for America, we are wasting no time building an office with experts and leaders who will efficiently execute this work,” Raimondo said.

“These leaders bring decades of experience in government, industry and the R&D space, with a special emphasis on standing up and implementing large-scale programs.

“Their work will be essential to bolstering our supply chains, spurring historic investments in research, strengthening our national security, and creating good-paying jobs for the American people,” Raimondo added.