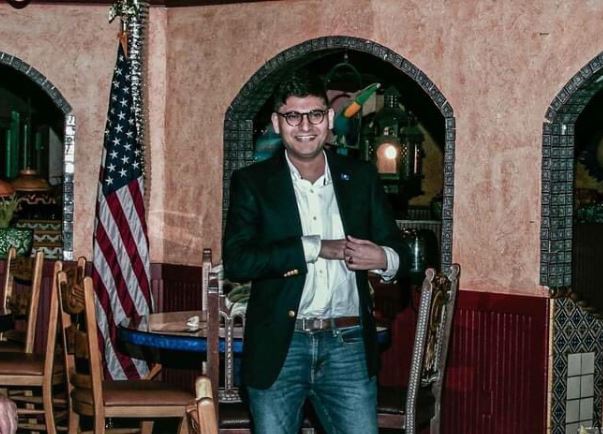 Young Indian American Democrat Neil Misra is running for election to the New Hampshire House of Representatives to represent Rockingham 25. The district is currently represented by Democrat Laura Pantelakos.

He made it the ballot in the Nov 8 general election from the Democratic primary on Sep13 with eight other Democrats. Misra received 8.7% of the votes and was in the last but one slot in the crowded field from the district, according to the New York Times.

Born in Boston, Massachusetts, Misra is a lifelong resident of Salem, New Hampshire. He earned a high school diploma from Salem High School and a bachelor’s degree from George Washington University in 2015. During his undergraduate studies, he simultaneously interned for Congresswoman Ann Kuster (NH District 2).

Misra is running “to provide a fresh and diverse perspective to a stagnant legislature that has traditionally been dominated by the same voices for years,” said a tweet by Run for Something, which helps recruit and supports young people running for office.

Misra, “the son of two hardworking immigrants who came to the US to pursue their American dream,” told the Salem Patch that he is seeking office as he is “passionate” about serving his community, and fervently believes in protecting our rights and fundamental freedoms.

“As a lifelong resident of Salem, I am intimately familiar with the fundamental issues affecting our town and our state,” he told the paper. Noting that “the current legislature has failed to adequately address these issues,” he believes “with the utmost conviction that I can do a much better job at advocating on behalf of Granite Staters.”

Additionally, he can provide “a fresh perspective and dynamic leadership to a legislature that has been stagnant for far too long.”

Misra, according to his website, “will fight tirelessly to ensure that the right to an abortion and the right to quality education for our children are never infringed upon in the state of New Hampshire.”

Read: Neil Misra Advances in New Hampshire Democratic Primary to be on the Ballot for State House From Rockingham 25 (September 20, 2022)

Meanwhile, Indian American businessman and author Vikram Mansharamani fell short of his maiden campaign for the US Senate from New Hampshire in the crowded Sep 13 Republican primary. He came in fourth place with 7.6 percent of the votes, according to NBC Boston data.

“While we are still waiting on some results, it is clear that I will come up short. I would like to thank my family, my campaign team, and supporters across the state who put their trust in me,” he stated.