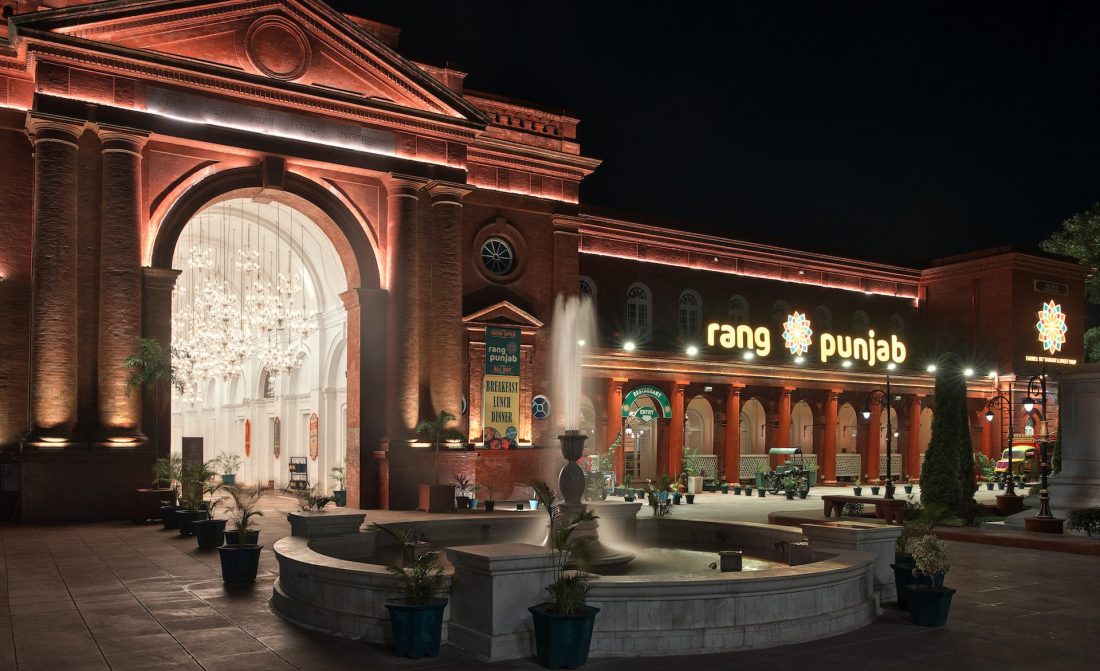 Earlier this summer, as the Covid isolations finally seemed to become a scary memory, California based, digital analyst Sunita Sabharwala had a brilliant idea. She planned on bringing some of her American friends on a culture trip to India, beginning with her favorite city Amritsar in Punjab.

“While we were zeroing on usual tourist sports such as the Golden Temple or Jallianwala Bagh site, the locals kept suggesting me to check out a popular local restaurant called Rang Punjab that has perhaps in a first, brought on the unique concept of introducing a lassi and a sharbat bar” she says. “While my American colleagues have seen some of North America’s best bars and eateries, the idea of a lassi and sharbat bar had them sold!”

Gehdu along with chef Kiran Dhillon after having worked across the globe, decided to run a restaurant in India that captures the essence of their hometowns and opens up doors for foreigners to come and experience the regional hospitality and food of India.

Aptly titled, Rang Punjab – a Farmers’ Restaurant and Sweet Shop, it’s located in a beautiful heritage building in the heart of Amritsar. Only a few minutes away from the Golden Temple, Rang Punjab offers visitors a slice of Punjab, showcasing the very best of it.

From traditional Punjabi recipes to the most authentic papad, wadi and aam papad as well as homemade sweets, street food and desserts served in an ambience redolent with old-world charm and nostalgia, the place is fast becoming a tourist hot spot.

Not just foreign tourists, for many Indian immigrants, bringing their first and second generation kids here to get a taste of real Punjab is often on the list.

Gehdu and Dhillon realized the true potential of the region and a need for a concept where food from all the regions of Punjab could be under one roof.

Additionally, they shared a mutual vision of using local ingredients to create seasonal and sustainable dishes. This led the duo to start Rang Punjab and do true justice to Punjabi cuisine.

“All ingredients are sustainably sourced from our farm-to-table restaurant projects, ‘Friends of Farmers,’ and ‘Daughters of Farmers,’” shares Gehdu. “Through these initiatives, we hope to bring fair trade, women empowerment and sustainability to local farmers.”

Interestingly, Punjabi cuisine – read butter chicken and tikka masala are among one the first dishes from India to gain a food following in the West beginning with England and then traveling to the US. So, what do the duo think about Punjabi cuisine currently?

“We found that a lot had influenced Punjabi cuisine; from Partition, to modern lifestyles and smaller nuclear families. We feel it has taken a toll on Punjabi culture and cuisine,” says Gehdu.

“As Indian chefs, we wanted to preserve the dishes which are slowly dying out and try and revive others,” he says. “With nostalgia being one of the biggest driving factors, Rang Punjab aims to take one back in time, through Kiran’s carefully designed ode to Punjabi history.”

Drawing from her own roots in rural Punjab, Kiran set out to recreate the by lanes of old Amritsar with their stained-glass panels, color palettes, and warm ambience.

Amritsar was the best place for Gehdu and Dhillon to set this up, partly for its role as a hub of culture, food and tourism and for the air, water and freshness they felt was unavailable elsewhere. To be able to set this up right next to the Golden Temple wrapped everything up beautifully.

With a culinary career spanning two decades, working at the iconic Fire restaurant at the Park Hotel, opening and helming the kitchen as chef de cuisine at the celebrated Indian Accent in New Delhi for three years along with chef Mehrotra post his stint as sous chef at Asha’s Restaurants in Dubai, working at Punjab Grill, Daryaganj and Gup Shup NYC, co-owner and chef, Gurpreet Gehdu wanted to go back to his roots.

The menu is simple and not too complicated, reminiscent of the true flavors of the Pind of Punjab (Punjab village). As a result, the menu consists of heirloom Punjabi recipes, from rustic homemade meals to bikes with hot and spicy street food, cold and creamy kulfi as well as a sharbat bar with a host of traditional beverages like the Badaam Brahmi and Bazoori.

Sustainability is something they both see a need for and hold close to their hearts, prompting them to start a farm resort project based on agri-tourism along side the restaurant.

This was the concept behind ‘Friends of Farmers’ and ‘Daughters of Farmers.’ Both are initiatives designed to help local farmers economically, socially and culturally.

Through ‘Daughters of Farmers,’ they run a women’s empowerment program, training local women to work in the restaurant industry – with one of their own restaurant shifts run by an all-women crew- and through the ‘Friends of Farmers’ initiative, all ingredients are sourced directly from the farmers, from the best produce to the freshest dairy.

After designing collections for Zara, Mango, Hugo Boss, Calvin Klein and many more and pursuing an MBA in luxury brand management from Paris and China, Dhillon had a successful career in India before she ventured to design her current project.

“The idea was to keep the place rustic, true to the roots and yet upmarket and stylish,” said Dhillon. “My roots in rural Punjab and our international exposure helped us create the balance between old-world charm and modern comfort.

“We didn’t want anything to overpower, instead it had to be in sync with the name, British architecture of the building as well as Punjabi elements of that era.”

Rang Punjab hopes to show visitors to the city a detailed cross section of Punjabi food and culture, a one-stop-shop for all things Punjab.