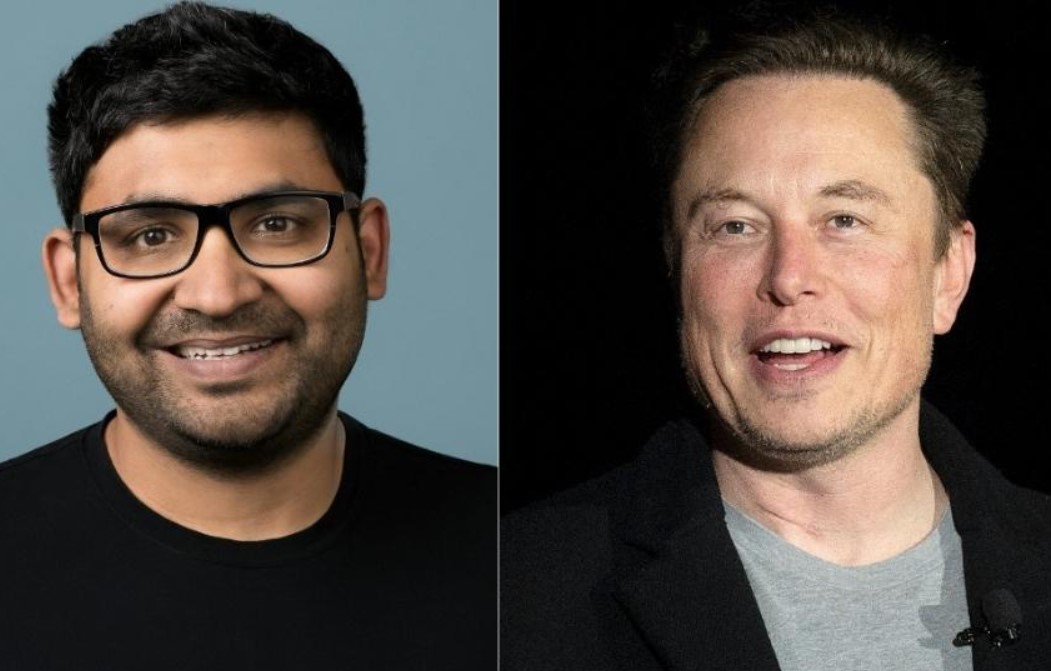 Two Indian Americans executives, Parag Agrawal and Vijaya Gadde were among the first two casualties of Elon Musk’s hostile takeover of Twitter after six months of a legal war over the $44 billion deal.

“The bird is freed,” tweeted Musk, referencing Twitter’s bird logo in an apparent nod to his desire to put fewer limits on content that can be posted on the social media platform.

Read: Twitter takeover: Is Parag Agarwal on the chopping block? (May 2, 2022)

Besides CEO Agrawal and the head of legal, policy and trust, Gadde, also freed or fired were Chief Financial Officer Ned Segal, and general counsel and Sean Edgett, according to media reports.

“Agrawal and Segal were in Twitter’s San Francisco headquarters when the deal closed and were escorted out,” Reuters reported quoting sources. Twitter, Musk and the executives are yet to issue an official statement on the firings.

IIT Bombay alumnus Agrawal was elevated to the yop job at the microblogging site in Nov 2021 after founder CEO Jack Dorsey decided to step down. Agrawal who joined the company in 2011 became its Chief Technology Officer (CTO) in 2017.

Elon Musk and Parag Agrawal started off great but their relationship went south as the deal talks progressed as evidenced by a series of texts disclosed at Delaware court.

“Hey Elon – great to be connected directly. Would love to chat,” Agrawal texted on March 27. He invited Musk to “treat me like an engineer” instead of a CEO as they worked through technical questions together. At one point, Musk wrote, “I love our conversations!”

But things suddenly took a turn on April 9 when Musk publicly tweeted “Is Twitter dying?” and got a message from Agrawal calling the criticism unhelpful. Musk tersely responded: “This is a waste of time. Will make an offer to take Twitter private.”

The collection of text messages also includes Musk’s conversations with Dorsey, who told him that while the board was “terrible,” Agrawal was an “incredible engineer.”

However, Dorsey’s efforts to bring them back together after the deal was announced ended poorly. “At least it became clear that you can’t work together,” Dorsey texted Musk on April 26. “That was clarifying.”

Agrawal and India born attorney Gadde who joined Twitter back in 2011, were seen as being instrumental in turfing former President Donald Trump out of Twitter, something Musk has indicated he will reverse.

Trolling the very company he is buying, Musk Thursday held out an assurance that Twitter will not become “a free-for-all hellscape where anything can be said with no consequences.”

The message came hours after he walked into the Twitter HQ carrying a kitchen sink and tweeting “let that sink in.” He also changed his Twitter profile to refer to himself as “Chief Twit.”

Many came out in the defence of Agrawal. “Parag Agrawal secured the bag for his shareholders and got fired, they should build a statue of him in the shareholder value hall of fame,” a user wrote.

Many Indian Twitteratis reacted to the sacking of Agrawal with memes. One user shared a picture of an eatery ‘Aggarwal Sweets and Snacks’ along with a caption, “#ParagAgrawal is back with a bang in front of Twitter HQ.”

Another wrote, “ Elon Musk fires Twitter CEO, Parag Agrawal. Even the job of the Twitter CEO is not secure. That’s why Indian parents ask their children to do government jobs.”

“A new day is dawning at Twitter. The new owner @elonmusk is in the building! What should he do about the two notorious Indians, Parag Agarwal and Vijaya Gadde? My advice: Throw the censors out, keep the chicken tikka masala!” tweeted Dinesh D’Souza, a Trump supporter.