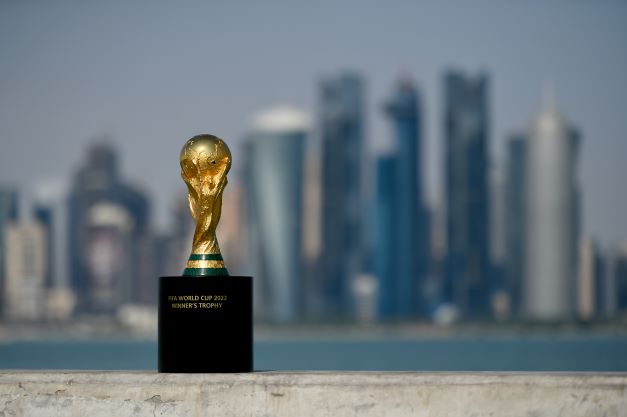 The 2022 FIFA World Cup starting from November 20 in Qatar, the first World Cup in the Arab world, is more than simply a soccer match. It also doubles as an edge manifestation of the prevailing turmoil around the world, spanning from the movement for women’s rights in Iran to the immigration issue in the United Kingdom.

It’s interesting that the first opponents to face off in Qatar while disturbances are occurring at home are Iran and England. These two teams are both dominant forces in their respective continents based on their rankings. Naturally, though, England is ranked higher than Iran in the world of football. Iran is ranked twentieth, whereas England is placed fifth.

In a match against Senegal last month, Iran’s players already showed their support by donning black jackets that obscured the country’s logo. The protests in Iran that were prompted by the death of 22-year-old Mahsa Amini in police custody in September are postulated to be the largest display of discontent with the state since the Islamic Revolution of 1979.

The majority of the current protests of discontent are being directed at the host nation, Qatar. The Gulf nation has faced accusations of poor treatment and a lack of rights for foreign labor, which it has rejected. As the championship game gets underway on Nov 20, protests are anticipated in varied contexts against Qatar’s human rights record, which has come under heightened criticism.

Denmark, the Socceroos’ Group D rivals, has created an all-black playing kit in memory of the workers who lost their lives building stadiums and other infrastructure, and athletes from nine different teams will don “One Love” armbands.

In response to the Socceroos’ criticism of their nation’s human rights record, the 2022 World Cup hosts in Qatar have praised the team of athletes for bringing attention to the matter before the competition while also recognizing that “no country is perfect.”

Football has been a vocal advocate for causes including the Russian invasion, Black Lives Matter, and the LGBTQ, but when it relates to politics, particularly FIFA, it isn’t the best ally.

Many individuals, including football players, currently hold strong opinions against the World Cup, but FIFA has already sent a message to all participating nations stating that they do not want anyone to discuss about the mistreatment of the workers or the violations of human rights committed by the host nation Qatar.

FIFA has prohibited players, teams, and supporters from indulging in protests, but it appears the organization is now willing to put up with a blurring of the boundary it formerly erected separating politics and sport. FIFA has consistently opposed political chanting or protests during matches or in stadiums.

In response to the death of George Floyd, an unarmed Black man who died in police detention in the United States, some players in Germany’s Bundesliga displayed signs in support of the protest movement, which caused FIFA’s position to change further.

When Norway’s national team wore t-shirts reading “Human rights – on and off the pitch” as they queued up prior to their World Cup match against Gibraltar and the following day, FIFA took a similar stance in response. Even Germany adopted comparable demonstrations before their match against Iceland in Duisburg.

FIFA has stated that it “believes in the freedom of speech and the potential of football as a force for good. FIFA will not initiate any disciplinary actions in this situation.” Law 4 of the Laws of the Game contains the restrictions on slogans appearing on shirts or undergarments, while the Disciplinary and Ethics codes have more comprehensive rules on political gestures.

The regulations, meanwhile, are far less clear when it comes to clothing worn before a game, and FIFA’s position as well as that of the European soccer union, UEFA, has changed over time.

However, the verbiage of FIFA’s rules and the notion of what constitutes politics are still vulnerable to arbitrary interpretation. Slogans typically only appear in formal campaigns.

Again, it’s noteworthy that the host nation of Qatar was fined by FIFA and its football association was censured in 2017 when its players warmed up for the match while sporting t-shirts bearing the image of Emir Sheikh Tamim bin Hamad Al-Thani to show their support for him.

Carlos Queiroz, the manager of Iran, has previously stated that “the players are allowed to protest as they would if they were from any other country, so long as it complies with the World Cup rules and is in the spirit of the game.”

When questioned by a British journalist if he was comfortable representing a state that repressed women’s rights, Queiroz advised the country to concentrate on its own handling of immigrants rather than challenges elsewhere.