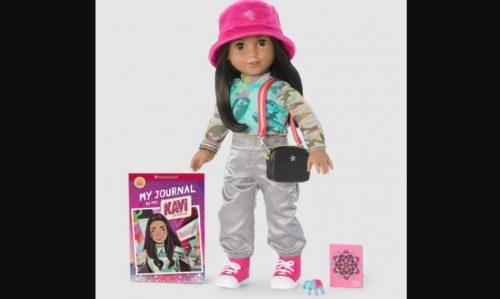 Meet the newest Indian American cultural product and the American Girl’s “2023 Girl of the Year” doll.

Since its first line of dolls was introduced in 1986, American Girl has launched a series of dolls from different ethnic groups, religions, and social classes. The company sells its dolls and books that accompany them in its stores and online. 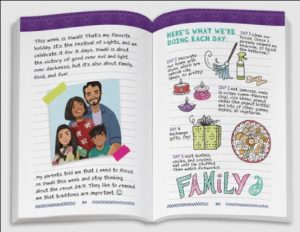 The introduction of Kavi is a testament to the growing importance of the nearly 5 million-strong Indian American community.

In a blog post introducing Kavi, bestselling author Varsha Bajaj writes about the importance of Kavi’s story. “Kavi is a trailblazer as American Girl’s first Indian American doll,” she writes. “The story is important to all the young girls who will see parts of their lives represented. Stories can be both mirrors and windows, allowing readers to see themselves and others who are different from them, and I hope that Kavi’s story is a welcoming window for girls who might be unfamiliar with Kavi’s world.”

The borough was quick to embrace Kavi.

Mayor Jonathan M. Busch tweeted on Thursday: “We are so excited that American Girl chose Metuchen. Our Borough is a diverse, vibrant community with residents and programming that reflect the world around us.  Kavi is a welcome addition to the ‘Brainy Borough’ and we can’t wait for the children in our community to share her and their Metuchen stories with the rest of the country.”

“Kavi’s family celebrates their Indian American culture through dance, food, clothing, and holidays,” she writes. “Kavi takes weekly classes in classic Indian dance, and her favorite holiday to celebrate with her family is Diwali, which lasts five days every fall. Kavi also shares her culture in meaningful ways with her friends and classmates.”

Kavi loves performing. She even choreographs a Bollywood routine with her friends for their school revue! And whether she’s heading to dance practice or off to Broadway her grandmother, she keeps her favorite accessories close at hand.

Kavi’s features, according to the American Girl website, include “a huggable cloth body, brown eyes that open and close, medium-length layered dark-brown hair styled in a half ponytail, and a movable head and limbs made of smooth vinyl. Kavi arrives wearing a layered, cropped mesh top with a multicolored print; cotton underwear; silver jogger-style pants; and pink tennis shoes.”

Accessories include an “elephant good-luck charm, a hot-pink faux-fur bucket hat featuring an embroidered AG logo, a cuff bracelet, a black quilted-style purse that can be worn crossbody or over the shoulder, and a day planner.”