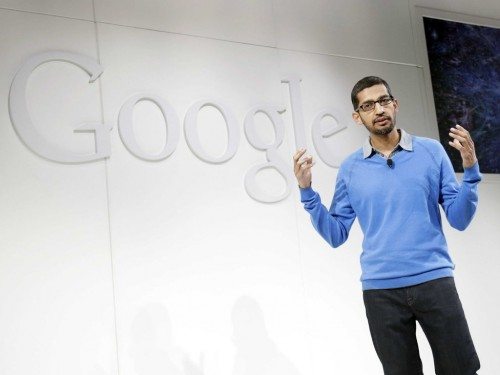 Indian American CEO Sundar Pichai assures “we’re going to support employees as they look for their next opportunity.”

In an email to employees Friday, Indian American CEO Sundar Pichai said the company saw dramatic growth over the past two years and hired new employees “for a different economic reality than the one we face today.”

Taking full responsibility for the decisions that led to where the company is today, Pichai said the layoffs come following “a rigorous review across product areas and functions” to ensure the company’s employees and their roles are aligned with Google’s top priorities.

“The roles we’re eliminating reflect the outcome of that review,” he wrote. While US employees to be laid off have been already notified, it is going to take longer for employees in other countries because of different laws and regulations.

“While this transition won’t be easy, we’re going to support employees as they look for their next opportunity,” Pichai assured.

In the US, the company will pay employees during the full notification period (minimum 60 days). It will also offer a severance package starting at 16 weeks salary plus two weeks for every additional year at Google, and accelerate at least 16 weeks of GSU vesting.

It will also pay 2022 bonuses and remaining vacation time besides offering six months of healthcare, job placement services, and immigration support for those affected.

Outside the US, Google will support employees in line with local practices, Pichai wrote in the email signed “Sundar.”

Pichai also announced Google will be organizing a town hall on Monday to answer “many questions about how we’ll move forward.”

“I have some difficult news to share. We’ve decided to reduce our workforce by approximately 12,000 roles,” Pichai wrote. “This will mean saying goodbye to some incredibly talented people we worked hard to hire and have loved working with.”

“I’m deeply sorry for that. The fact that these changes will impact the lives of Googlers weighs heavily on me, and I take full responsibility for the decisions that led us here.”

“Over the past two years we’ve seen periods of dramatic growth. To match and fuel that growth, we hired for a different economic reality than the one we face today,” Pichai wrote.

Pichai said he was confident about the huge opportunity in front of the company thanks to the strength of its mission, the value of its products and services, and its early investments in AI.

“To fully capture it, we’ll need to make tough choices. So, we’ve undertaken a rigorous review across product areas and functions to ensure that our people and roles are aligned with our highest priorities as a company,” he wrote.

“The roles we’re eliminating reflect the outcome of that review. They cut across Alphabet, product areas, functions, levels and regions,” he added.

“As an almost 25-year-old company, we’re bound to go through difficult economic cycles,” Pichai wrote. “These are important moments to sharpen our focus, reengineer our cost base, and direct our talent and capital to our highest priorities.”

Being constrained in some areas allows the company to bet big on others, he wrote pivoting the company to be AI-first years ago led to groundbreaking advances across our businesses and the whole industry.

“Thanks to those early investments, Google’s products are better than ever. And we’re getting ready to share some entirely new experiences for users, developers and businesses, too,” Pichai wrote.

“We have a substantial opportunity in front of us with AI across our products and are prepared to approach it boldly and responsibly, he wrote. “All this work is a continuation of the ‘healthy disregard for the impossible’ that’s been core to our culture from the beginning.”

“When I look around Google today, I see that same spirit and energy driving our efforts. That’s why I remain optimistic about our ability to deliver on our mission, even on our toughest days. Today is certainly one of them,” he wrote

“We’re also seeing organizations in every industry and geography exercise caution as some parts of the world are in a recession and other parts are anticipating one.”