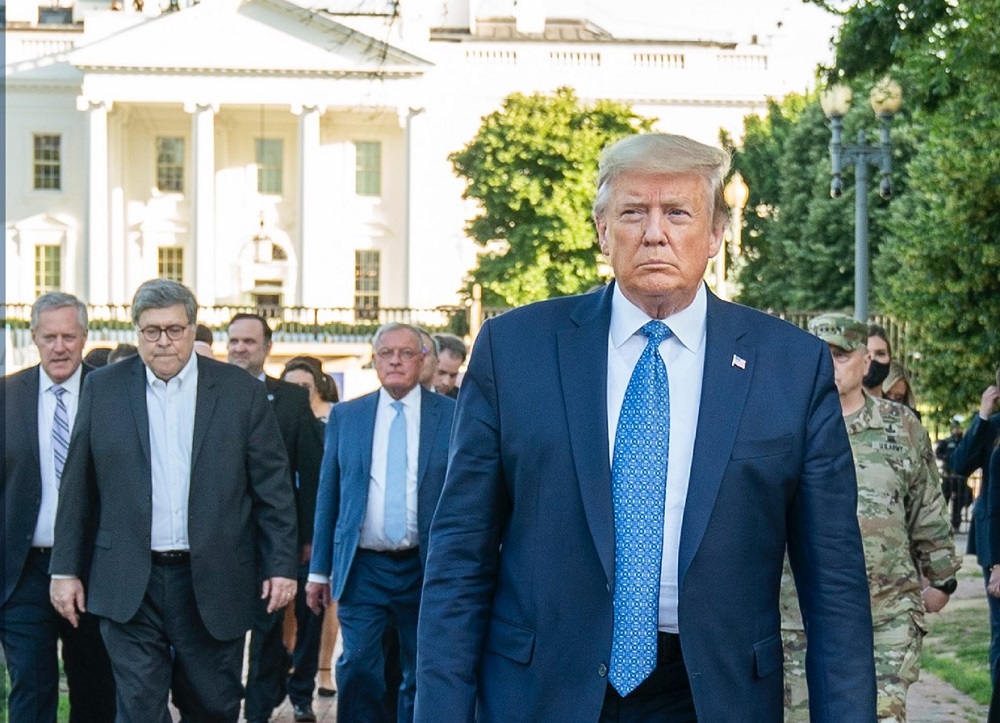 A ‘great’ and ‘very powerful immigration act’ that America has been waiting for 25-30 years will be strong on the border, but would let people come in legally and also take care of the Dreamers, he said.

The top Court in a recent 5-4 decision rebuffed on technical grounds,Trump’s attempts to undo the Obama era DACA  program that protects dreamers who came to the US without documents as children from deportation. It also allows some 700,000 dreamers, including about 4,500 South Asians to work with two-year renewable permits.

“We’ll be signing a very powerful immigration act.  It’ll be great.  It’ll be merit-based,” Trump said.  “The country has tried to get it for 25 or 30 years.

“It’ll be strong on the border, but  you’ll be able to come in legally,” he said. “And very importantly, we’ll be taking care of people from DACA in a very Republican way.

“I’ve spoken to many Republicans, and some would like to leave it out, but, really, they understand that it’s the right thing to do,” Trump said.

“So we’re going to be taking care of DACA.  We will be doing for DACA what the Democrats had a chance to do and they never did it.”

“We’re going to work on DACA because we want to make people happy,” the President said. “And I’ll tell you, even conservative Republicans want to see something happen with DACA.”

Suggesting that the Democrats “used it as politics,” Trump said. “I’m using it to get something done.”

The President, however, did not say whether his reforms could include a path to citizenship for the Dreamers as a previous White House statement had indicated.