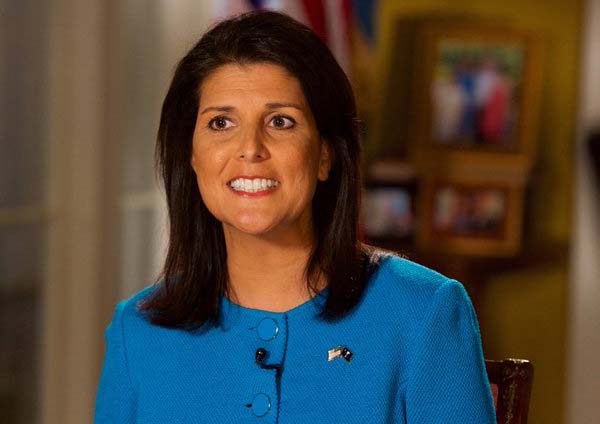 Would she or would she not? Speculation was rife whether leading Indian American Republican politician Nikki Haley would run for the White House in 2024 after she started a political action committee.

The PAC, named after her other political group Stand for America, “could bolster her brand ahead of an anticipated 2024 presidential run,” The Post and Courier, Haley’s home state South Carolina’s leading daily suggested.

Haley, the first Indian American in a presidential cabinet as US ambassador to the United Nations under outgoing President Donald Trump, however, told her supporters in an email Wednesday that the PAC will be “laser-focused on the 2022 midterms and electing a conservative force to the House of Representatives and US Senate.”

Haley, the youngest governor in the US and the second governor of Indian descent after Bobby Jindal of Louisiana, “has demurred when asked about her presidential ambitions,” the Post and Courier noted.

“But she has taken several steps since leaving the United Nations at the end of 2018 to suggest she will run, including releasing a second book and starting the first Stand for America political advocacy group,” it said.

In a filing with the Federal Election Commission, the new PAC lists Bradley Crate of Massachusetts as the treasurer, the newspaper said.

“Ambassador Haley is focused on supporting strong conservative candidates and winning back the House and Senate in 2022,” Haley spokeswoman Chaney Denton was quoted as saying. A website for the PAC is already online.

Haley wrote in her email the PAC will work to recruit and train new conservative candidates while defending incumbents in swing states. The PAC allows her to contribute up to $5,000 to campaigns and produce ads.

“Importantly, the PAC will pay for Haley to travel around the country to campaign for other candidates, a move that will provide her more publicity among voters while building GOP allies ahead of a 2024 White House bid,” the Post and Courier said.

She spent much of 2020 campaigning for House and Senate candidates, including in the recent Georgia runoffs. Both Republican Senate incumbents lost that runoff, giving control of the Senate to the Democrats.

“Still, Haley is seen as potential frontrunner if Trump does not try to seek a second term in 2024,” the Charleston daily said.

Haley was able to walk a tightrope while in Trump’s cabinet, backing the president she criticized during his 2016 campaign while touting how she was able to disagree with him on occasion, it noted.

“In her email announcing the PAC and asking for contributions, Haley sounded a lot like a candidate, taking aim at Democrats who soon will hold control of Capitol Hill and the Oval Office,” the Post and Courier said.

“You can be sure the Democrats won’t abandon their big-government vision in 2022, including ‘defund the police,’ the Green New Deal, and Medicare for All,” she wrote.

“They are simply ‘rebranding’ — which is just an attempt to hide the truth about what they really believe from voters.”

Nikki Haley resigns as US Ambassador to UN, will leave at year’s end (October 9, 2018)