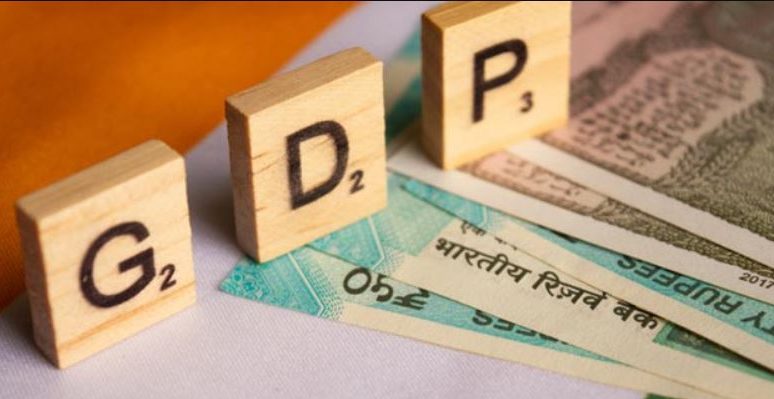 In the eye of the current storm, India must spearhead integration with neighbors to galvanize economic synergies

India’s geographical neighbors have dug themselves a deep grave laden with economic crisis, unmanageable debt, severe poverty and rising inflation. As Sri Lanka descends further and further into a pit of rampant frenzy and chaotic uncertainty, other countries are not far behind in terms of replicating this economic turmoil. The most pertinent question is ‘What has kept India safe until now & for how long?’

The gravity of the Sri-Lankan crisis is the worst it has seen in modern history. Its case is being discussed as a ‘twin deficits case’ as a consequence of poor decision making and mismanagement of economic funds by successive governments.

The island nation’s financial downward spiral started a decade ago when its GDP began to fall after 2012. In 2019, the government offered huge cuts in value-added tax, corporate tax and all categories of direct and indirect taxes, thereby destroying its ability to capitalize and invest in welfare, employment and sectoral development.

Moreover, the pandemic gravely wiped-out the vibrant parts of Sri-Lankan economy leading to budget shortfall alongside a current account deficit. With its tourism industry dead and the flow of foreign income suspended, there has been a severe shortage of foreign currency.

Sri Lankans today are grappling with outrageous price hikes for food, power, medicines and other necessities as a result of the government’s inability to pay for fuel and essential imports.

Former president Gotabaya Rajapaksa had also steeply devalued its currency in lieu of talks with the International Monetary Fund (IMF) for a loan program which sent inflation rates skyrocketing through the roof.

Ranil Wickremesinghe, the new president in power, is now trying to clinch assistance from friendly nations and IMF, yet the trajectory of long-term recovery is highly contingent on its ability to reinstitute and milk the most of its revenue generating avenues.

Roll out of the China–Pakistan Economic Corridor (CPEC) has resulted in a cycle of ever-increasing external loans. The unremitting fall in the Pakistani rupee against the US dollar has only made it worse.

In fact, Foreign Direct Investment inflows into Pakistan historically have never exceeded 1% of GDP. A widening trade deficit and falling investment has led to a sharp fall in the foreign exchange reserves in Pakistan.

Amidst dearth of capable leaders, no near sight of political stability, impending doom of debt defaults, has Pakistan already locked its fate as the next Sri Lanka?

Pakistan merely saved itself from the brink of bankruptcy, courtesy of International Monetary Fund’s $6 billion loan program. However, foreign support offers Pakistanis only a temporary lifeboat.

Read: DeFi: Opportunities and challenges to world economy (May 13, 2022)

It is only their own structural reforms that can bring it to the shore of economic relief. After all, the only way out of this notorious ‘debt trap’ is strong institutions and far-sighted decision making.

China has played a significant role in landing these countries into the debt trap they are in. It, very strategically, invested in Sri Lanka more than any country between 2010 and 2020.

The loans it offered to Sri Lanka were a calculated move to not just gain economic benefits but also to shrewdly acquire political control of Sri Lanka as well as the Indian Ocean and to gain security leverage against India.

This hedonistic nation also happens to be Pakistan’s biggest creditor. The Chinese have also moved back to Myanmar after the military coup of 2021, and are pushing projects for an economic corridor.

Chinese-funded projects and loans have always risen and fallen with changes of government in Maldives, while the accurate estimates of the Maldives debt to China continues to vary sharply.

China has a tendency to tread along lines of opacity in information by hiding loans as trade credit or by routing them through special purpose vehicles; the Americans like to call this trait ‘debt trap diplomacy’.

Given the high cost of Chinese debt wherein interest rates seem to be about three times what other countries charge on bilateral aid and its propensity to cover its bases by using infrastructural projects as collateral, Bangladesh has shown extreme caution with respect to Chinese funded projects.

Nepal and China too signed the Beijing-led BRI in 2017 with an aim to become a middle-income country by 2030. However, no real effects have been witnessed yet.

The biggest black mark on Nepalese economy right now is the enormous plunge its foreign exchange reserves have taken – down to around $9 billion, which is barely enough to fund imports for six months.

The employment rate has remained dismal as usual while inflation has reached an all-time high of 8.56 %. The balance of payments, which typically showed a surplus, had a deficit of around Rs300 billion at the conclusion of the previous fiscal year.

The outcome has been a continuous depreciation of the Nepali currency. Given its small size, it does not enjoy the resilience to import shocks like other developing nations. However, with policies directed towards improving external trade, Nepal can successfully ward off the symptoms of the Sri-Lankan syndrome.

If nations have learnt anything from Sri-Lankan example, it is that wallowing in unproductive policies and squandering resources in politically-motivated, superfluous development projects are the sure shot way of tightening your own noose.

As cataclysmic waves of financial anarchy strike the Indian Subcontinent, Indians are left wondering if this curse of stupefying debt to GDP ratios will catch up with our economy?

With fiscal tightening, a constant agenda for the Indian government, these numbers are far from being unmanageable or risky. The Debt Service Ratio, a measure of a country’s ability to service debt given current receipts, has declined from around 40% in the 1990s to around 5% today.

India’s forex reserves too have increased YOY from 1990s to present, thanks to manageable current account deficits and capital inflows, which have averaged $25.2 billion and $68.4 billion, respectively, in the last 10 years.

India’s foreign exchange reserves fell to $572.71 billion as of July 15, 2022 from a peak of $642.45 billion on September 3 2021. A further decline cannot be ruled out, given the Reserve Bank of India’s demonstrated keenness to use the reserves to defend the rupee in order to prevent volatile and erratic exchange rate movements.

After all, the forex reserves were built up as a safety net against currency fluctuations, external shocks, and unexpected halts in capital flows. As Shaktikanta Das, Governor of the RBI, rightly remarked “you buy an umbrella to use it when it rains.”

However, with the world economy facing headwinds, India can neither afford to be complacent nor overconfident of its ability to dodge the global recession wave.

With almost every third poor in the world being an Indian we can’t forget that unemployment, inequality and poverty have always tugged our economy backwards. Alleviation of these ailments through productive and inclusive growth needs to be made a central focus point for all future policy endeavors.

Read: Asian Americans share a sense of belonging in the US: Study (August 2, 2022)

At the same time, the situation of depreciation of rupee against the backdrop of inflation and supply chain fluctuations, warrants the need for conscious efforts to lower imports and increase exports.

Fostering cooperation among South Asian countries is essential to face existing and built-up challenges and enhance the prospects of economic rebound. The need of the hour lies in the formation of a South-Asian Economic block to consolidate our strengths and nullify our weaknesses.

In the eye of the current storm, India must spearhead this local integration with our neighbors, including Pakistan, Bangladesh and Sri Lanka to stimulate growth of industries as well as galvanize economic synergies.

To conclude, strengthening Asian trades, leveraging investments and encouraging regional supply chains amidst rising geo-political and geo-economic tensions, will be a game changer for the Indian subcontinent and make it the world’s most dynamic market-player.

To reap full benefits of this connectivity and congruence within the South-Asian peninsula, India needs to ensure that its economic institutions continue to display strength and autonomy in the face of all future adversities.

Incumbent Central Government has been talking about investing in avenues to multiply exports and stimulate a foreign-exchange driven growth. Tangible results of these former measures shall strengthen India’s armor against economic upheaval.