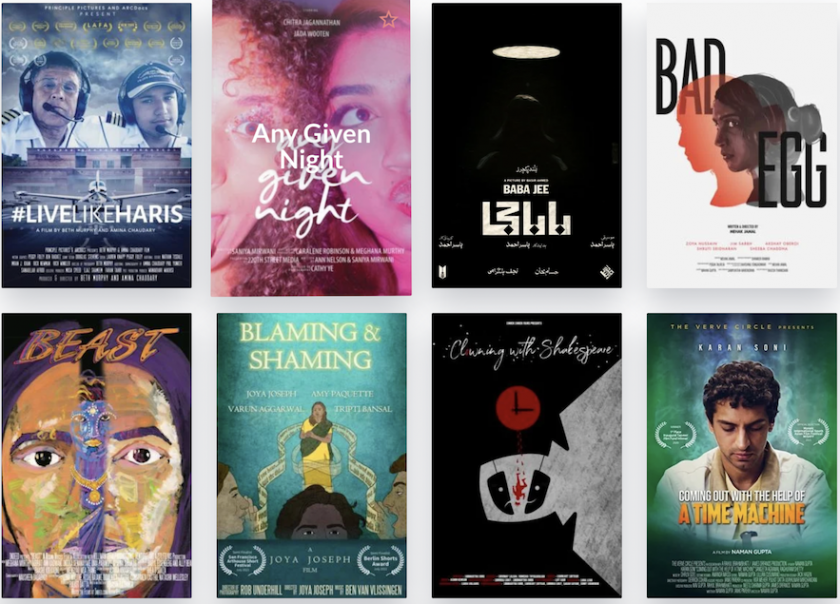 The 11th edition of DCSAFF will feature 58 films over 18 days.

It is that exciting time of year when residents of the Washington, DC, area will get to experience a vast array of excellent cinematic works from all across the South Asian global diaspora. The annual DC South Asian Film Festival (DCSAFF) will be back this coming week, with events and in-person films being showcased from November 3-6 and virtual films being presented from November 7-20. All in all, the Festival spans 58 films over 18 days.

A true labor of love from its founders Manoj and Geeta Singh, since its inception in 2012, DCSAFF has been the talk of the town not only due to the variety of films that audiences can delight in watching, but also because of the ability of film lovers to meet and interact with the actors, producers, writers and filmmakers associated with many of the films.

For cinephiles, the film festival is a true treat with its focus on films that are high on quality content, some of which are rare to find on DVD or streaming and because the films cut across multiple South Asian countries, languages and communities, appealing to a cross section of viewers.

Another major highlight of the festival is its encouragement of local talent, enabling creative filmmakers based in the DC area to also exhibit their films to audiences and other creative minds, expanding exposure to their work.

This year will be no different as it once again brings novel stories to enthusiastic audiences featuring a mix of established names, new filmmakers/actors and local talent.

Below is a snapshot of some of the programs and films that will be a part of the Festival. For tickets and a detailed film guide/schedule, please visit: https://dcsaff2022.eventive.org/welcome .

At this event, film lovers will have the opportunity to meet and interact with legendary actress Deepti Naval on her new memoir “A Country Called Childhood”. The book covers her growing up years and interesting anecdotes about her life and career in cinema. You don’t want to miss this once in a lifetime chance!

Lights! Camera! Action! DCSAFF kicks off with this exciting evening extravaganza, providing audiences an opportunity to walk the red carpet, interact with attending talent and watch the opening night films “Beast” and “Matto Ki Cycle”. One of the most exciting events with the DCSAFF, this is your opportunity to mingle with artists and witness some excellent films!

This is only a small taste of all of the films that will be screened. Buy your tickets today and bring your friends and families to the biggest event in the DC area this weekend.

For tickets and a detailed film guide/schedule, please visit: https://dcsaff2022.eventive.org/welcome

Variety of films from South Asia to feature at DCSAFF (April 27, 2013)

Film Review: ‘Yadvi – The Dignified Princess’ is a visual and emotional treat for audiences (June 13, 2017)

‘For Here or to Go?’ is about immigration, assimilation and ‘what it takes to make a home away from home’ (April 2, 2017)