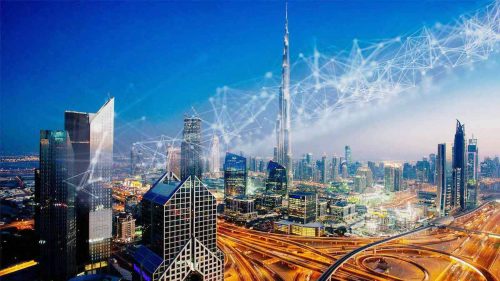 These appointments come at a pivotal moment, as the world faces increasing climate impact and challenges to energy, food and water security and reversing biodiversity loss.

Limiting global warming to 1.5 Celsius will require significant reductions in emissions, a pragmatic, practical and realistic approach to the energy transition and more help for emerging economies. The UAE is committed to multilateral cooperation and an inclusive process that brings together emerging economies with developed nations, civil society, and business to achieve the solutions and the pace of change required.

The announcement further highlights the UAE’s regional leadership in climate action and its role as a global advocate for clean energy. The UAE is home to three of the largest and lowest-cost solar projects in the world and has invested more than $50 billion in renewable energy projects across 70 countries, with plans to invest a minimum of $50 billion over the next decade.

As the first country in the region to ratify the Paris Agreement, the first to commit to an economy-wide reduction in emissions, and the first to announce a Net Zero by 2050 strategic initiative, the UAE is committed to raising ambition in this critical decade for climate action. The UAE is honored to have been endorsed as the host for COP28.

Its bid for this role was rooted in its commitment to global responsibility and climate action in recognition of the critical importance of COP28 as the first Global Stocktake (GST) review since the Paris Agreement. As such, the UAE has appointed a strong and diverse leadership team to support practical, inclusive, and transformational progress towards a successful COP28.

Following the official announcement of the UAE as the host of COP28, a National Higher Committee was formed on June 23, 2022, to oversee preparations for the conference. The committee is chaired by Sheikh Abdullah bin Zayed Al Nahyan, Minister of Foreign Affairs and International Cooperation, and includes senior officials from several authorities.

Al Jaber is the Vice Chairman of the Committee that is responsible for supervising COP28 preparations through a comprehensive and integrated plan in line with the UAE’s focus on sustainable development, collaboration, and cooperation with the international community, to ensure inclusion across all parties and to enable practical solutions that will bring long-term socioeconomic benefits to the region and the world.

READ: Three islands disappeared in the past year. Is climate change to blame? (June 9, 2019)

The UAE Net Zero by 2050 strategic initiative represents a critical way forward for the country’s future sustainable economic development, will enable the creation of new industries and skills, and is central to the UAE’s contribution to achieving the goals of the Paris Agreement.

Al Jaber, who is the Minister of Industry and Advanced Technology (MoIAT), has served as Special Envoy for Climate Change for two terms (2010-2016 and 2020-present) and played a proactive participatory role at over 10 COPs, including the historic Paris COP21 in 2015. He brings to this task two decades of executive business and leadership experience in government, climate policy and across the renewable and conventional energy sectors.

Al Jaber is the first CEO to ever serve as COP President, having played a key role in shaping the country’s clean energy path. As the founding CEO of Masdar, he has overseen its mandate to accelerate the adoption of renewables within the UAE, across the region and globally.

To date, Masdar has made substantial contributions to the UAE’s renewable energy targets, playing a key role in expanding the country’s portfolio with clean energy investments in over 40 countries, including several developing countries in Africa and Asia and in vulnerable island states.

Under a new partnership with TAQA, Mubadala and ADNOC, Masdar is set to become one of the largest renewable energy investors in the world with an ambitious target of growing to at least 100GW of renewable energy capacity globally by 2030. In 2009, under the guidance of the leadership and the ongoing support of Sheikh Abdullah bin Zayed, Al Jaber led the UAE’s successful bid to host the headquarters of the “International Renewable Energy Agency” (IRENA) in Masdar City, with a mission to promote clean technology and sustainable development globally.

As CEO of ADNOC since 2016, he has played a transformative role in decarbonizing and diversifying the company’s operations and investments, placed sustainability at the heart of its business and spearheaded a drive to make today’s energies cleaner while investing in the clean energies of tomorrow. Tangible actions have included sourcing 100 percent of ADNOC’s grid power from clean nuclear and solar energy, the first company in its sector to do so, pioneering the application of carbon capture technologies with the region’s first CCUS facility and diversifying into hydrogen and renewable energies.

Under Al Jaber’s leadership, ADNOC is investing $15 billion over five years in its decarbonization strategy and its new low-carbon solutions business, including the expansion of its carbon capture capacity to 5 MMTPA by 2030 and its shareholding in Masdar, as it delivers on its target to reduce its carbon intensity by 25 percent by 2030 and its ambition to reach net-zero by 2050.

Throughout his career, he has pioneered a practical and responsible approach to accelerating the energy transition that embraces climate action, energy accessibility, energy security and economic growth.

As COP28 President-Designate, Al Jaber will play a crucial role in leading the intergovernmental process, building consensus, and driving ambitious climate outcomes with a broad range of partners, including business and civil society.

In 2009, Al Jaber was also appointed by United Nations Secretary-General Ban Ki- Moon to his Advisory Group on Energy and Climate Change (AGECC), which formed the basis of the Sustainable Energy for All initiative launched in 2011. In 2010, he received an Honorary Doctorate in Philosophy from India’s TERI University and in 2012, he received the UN Champions of the Earth award for his work on advancing clean energy technologies to mitigate the threats of climate change.

Commenting on his appointment as President of COP28, Al Jaber said, “This will be a critical year in a critical decade for climate action. The UAE is approaching COP28 with a strong sense of responsibility and the highest possible level of ambition. In cooperation with the UNFCCC and the COP27 Presidency, we will champion an inclusive agenda that ramps up action on mitigation, encourages a just energy transition that leaves no one behind, ensures substantial, affordable climate finance is directed to the most vulnerable, accelerates funding for adaptation and builds out a robust funding facility to address loss and damage.”

“In doing so, we will bring a pragmatic, realistic and solutions-oriented approach that delivers transformative progress for climate and for low carbon economic growth. We will therefore take an inclusive approach that engages all stakeholders from the public and private sectors, civil society, scientific community, women, and youth. We must especially focus on how climate action can address the needs of the Global South, as those most impacted by climate change trends.”

He added, “I sincerely believe that climate action today is an immense economic opportunity for investment in sustainable growth. Finance is the key that can unlock climate action and we are committed to supporting and facilitating the ongoing review of international financial institutions to scale up public financing, leverage private finance and improve access.

“Pragmatism and constructive dialogue must be at the forefront of our progress. As a nation at the crossroads of the globe, the UAE is well-positioned to build bridges, foster consensus and bring the world together in one shared mission to keep 1.5C alive and protect the planet for the generations who will follow us.”

He noted, “COP28 will undertake the first ever Global Stocktake (GST) since the Paris Agreement. The GST will provide the foundation to build momentum for this and future COPs and the UAE will look for an ambitious outcome in response to the GST from the negotiation process. This will be a critical moment to mobilise political will to respond to what the science tells us will need to be achieved to remain on target and limit global warming to 1.5C by 2050.”

The new Champions will mobilize action from businesses, investors, organizations, cities, regions, and all of civil society, including youth, in the run-up to and at the annual climate summit.

Shamma Al Mazrui will serve as the Youth Climate Champion, a new role designed to elevate the global youth voice throughout the COP process and ensure young people’s skills and abilities are prioritized. Al Mazrui will work with local and global stakeholders to provide capacity-building opportunities for youth, as well as mechanisms to fund youth innovations in the field.

She is currently the UAE’s Minister of State for Youth Affairs, where she focuses on youth empowerment and capacity development. The Youth Climate Champion role is a recognition of the need to empower young people in the climate action process and capitalize on the innovative skills, capacities, and abilities of the world’s nearly 2 billion youth.

Over the years, the UAE has made significant strides in the youth portfolio, most notably with the appointment of Al Mazrui as the youngest minister in the world in 2016. Al Mazrui is also the Vice Chair of the Arab Youth Centre, the Secretary General of the Education and Human Resources Council, the Chairperson for Special Olympics UAE, and the President of the National Centre for Education Quality.

Razan Al Mubarak will serve as the UN Climate Change High-Level Champion with the mandate to strengthen engagement and mobilize efforts from non-state actors, including private sector partners, cities and other sub-national governments, indigenous peoples, and civil society. Al Mubarak’s storied career and impact in conservation and environmental management across the public and private sectors positions her favorably to connect non-state actors with government efforts to spur greater climate action.

Currently, as President of the International Union for Conservation of Nature (IUCN), Al Mubarak is responsible for implementing the vision, mission, and strategy of the organization, which represents over 1,400 members, including states, government agencies and non-government organizations from 160 countries.

As the COP28 host, the UAE will aim to build consensus and coalitions to achieve a practical, pragmatic and just energy transition and reform land use and food systems, while scaling up adaptation and operationalizing the new loss and damage fund.

The Conference is expected to convene over 70,000 participants, including heads of state, government officials, international industry leaders, private sector representatives, academics, experts, youth, and non-state actors, who will gather to discuss climate change while showcasing innovative solutions that can support multilateral cooperation and climate diplomacy.

The UAE has established itself as a world-class destination for hosting high-level international events focusing on climate action and sustainable development. With a decades-long track record of investing in clean energy solutions both at home and around the world, the UAE is driving a new low-emissions economic growth model that aims to create new industries, skills and jobs needed for the future.

READ: COP26: US and India must collaborate to achieve climate change goals (November 5, 2021)

The United Nations Framework Convention on Climate Change was launched in 1992 in Brazil. The Conferences are formal meetings, held annually since 1995, which aim to find solutions to reduce the impacts of climate change.

The UAE looks forward to welcoming the world to COP28 and working together with all stakeholders to pursue balanced, ambitious, and inclusive outcomes as a hopeful legacy for our future generations.