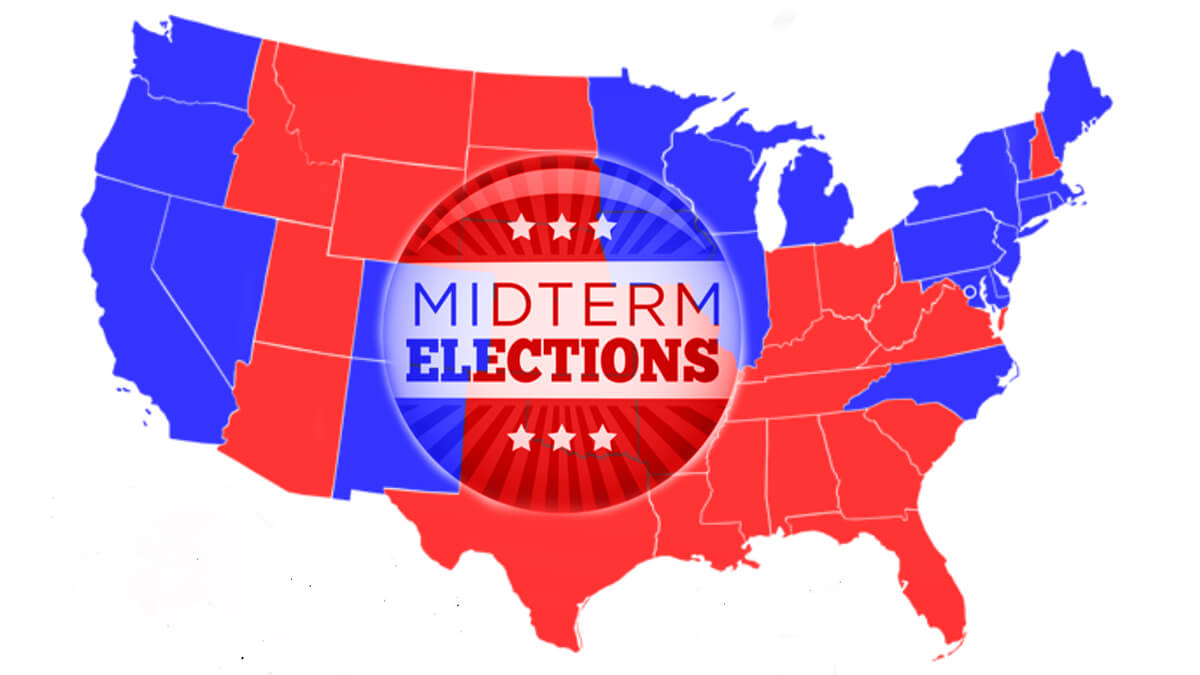 8 running for US Congress, 27 vying for elective offices in the states

Here is a list of Indian Americans contesting the US midterm elections on Nov 8, 2022

Son of immigrant parents from Gujarat, Bera is seeking reelection to the US House for a sixth term. A physician by profession, he first won election to the House in 2012.

Son of immigrant parents from Punjab, Khanna is seeking re-election to the US house for a fourth term. He first came to the House after defeating eight-term incumbent Democrat Mike Honda in 2016.

Khanna also served as the deputy assistant secretary in the Department of Commerce under President Barack Obama from August 8, 2009, to August 2011.

His opponent Tandon has worked as CEO of Kricel Corporation and as a research fellow at the University of California at Berkeley. He has also served as chief liaison officer for Smart Village Movement and on the executive committee of the Sankara Eye Foundation.

Mumbai native Kumar, who came to the US at the age of 21 on a student visa, is engaged in a rematch with Eshoo from the Silicon Valley. A hi-tech business executive, he is currently serving his second term as a Saratoga City council member.

First elected in 2016, New Delhi born Krishnamoorthi is seeking reelection for a fourth term. Lawyer, businessman Krishnamoorthi served as a policy director on Barack Obama’s US Senate campaign in 2004 and, from 2007 to 2009, he was a deputy state treasurer.

A member of the Michigan legislature, Belgaum, India-born Thanedar, 67, is running for election from Michigan’s 13th Congressional District representing most of Detroit.

Lucknow, India-born Srivastava has worked as a broker and real estate consultant with RE/MAX, a data architect with Xerox Corporation, and a principal architect with Fidelity Investments.

India born Jayapal is the first Indian-American woman to serve in the US House. First elected in 2016, she is seeking re-election for a fourth term.

Seattle-based civil rights activist, serving until 2012 as the executive director of OneAmerica, a pro-immigrant advocacy group, Jayapal was a member of State Senate from 2014 to 2016.

A voting rights advocate, Priya Sundareshan studied engineering at MIT and law and natural resource economics at the University of Arizona, where she now teaches natural resources law.

Indian-born Harry Arora was first elected to the State assembly in a special election on Jan 21, 2020 and re-elected in that November’s general election.

Born in Toronto, Bagga moved to the United States when he was 10 years old. If elected, Bagga, an attorney and small business owner, will be the only South Asian in the Florida state legislature.

New Delhi, India-born Duggal, immigrated to the United States with his family over two decades ago. In 2004, he opened two hotels and was involved in the development of a small residential community in Duluth, Georgia.

If elected, Syed 23, would be the first South Asian American in the Illinois legislature. She has worked as an organizer with such groups as EMILY’s List to raise money to elect Democrats to Congress and has worked as a high school debate coach.

If elected, Olickal, 29, would be the first South Asian American in the Illinois legislature. Son of Malayali immigrant parents, Olickal, is a part-time law student and the executive director of the Indo-American Democratic Organization.

Software engineer Suresh Reddy is a member of the Johnston City Council since 2019. Prior to being elected to the City Council, Reddy was on the Johnston’s Planning and Zoning Commission for 2.5 years.

An infectious disease physician, Megan Srinivas is contracted with Broadlawns Medical Center and works remotely for the University of North Carolina School for Medicine. She chaired Iowa’s Biden-Harris Covid Response Council in 2020.

If elected, she would be the second Asian American woman to serve in the Iowa House after Swati Dandekar.

Andhra Pradesh, India-born Aruna Miller, 57, is the running mate of Maryland’s Democratic gubernatorial candidate Wes Moore. If elected, she would become Maryland’s first Asian-American lieutenant governor and the first immigrant to be elected to statewide office.

A transportation engineer by profession, Miller is a former member of the Maryland House of Delegates. She came to the United States with her family when she was seven years old and became a citizen in 2000.

First elected to Maryland House of delegates in 1990, Barve, 64, a finance analyst, is running for re-election. Son of Indian American parents, he was the first person of Indian descent to be elected to a state legislature in the United States.

Born in Bhilai, India Padma Kuppa is the first Indian immigrant and Hindu in the Michigan state legislature. Currently serving her second term in the State House, she is running for State Senate this time. An engineer from NIT Warangal, she is an automotive and IT professional and a civic and interfaith leader.

The son of immigrants, Puri is serving his first term in the State Senate representing the cities of Canton, Belleville, and Van Buren Township.

He has worked as a business manager at Fiat Chrysler Automobiles and volunteered with South Asians of Michigan Organizing for Serious Actions (SAMOSA), Moms Demand Action, Arts and Partnership Board Canton, Sikh Gurdwara of Canton, and New American Leaders.

Former East Lansing mayor, Sam Singh, was elected to the East Lansing City Council at the age of 24 and was elected as mayor in 2005. He also served in the Michigan House of Representatives from 2013-18.

Aisha Farooqi has worked as an attorney and filmmaker. She has served on the Zoning Board of Appeals for the City of Sterling Heights and has been a member of the Macomb County Black Caucus and the Muslim-Jewish Advisory Council of Detroit.

A lifelong resident of Salem, New Hampshire, Neil Misra interned for Congresswoman Ann Kuster during his undergraduate studies at George Washington University. He has master’s degrees in International Politics and Global Area Studies from Cambridge and Oxford Universities.

An obstetrician-gynecologist for OhioHealth, Anita Somani is a graduate of the Medical College of Ohio. She is a member of the Academy of Medicine and has served as a delegate and alternate delegate to the Ohio State Medical Association.

If elected Venkat, an emergency room doctor at Allegheny General Hospital, will be the only physician and only person of South Asian descent in Pennsylvania’s General Assembly. He has received endorsements from Indian American Impact, a leading community organization, and several state politicians.

Born and raised in Bethlehem Township, Anna Thomas has a Masters in Public Administration from the University of Pennsylvania. She has conducted research into ways American industry can expand energy production while reducing environmental impact.

A judge for the Fort Bend County Court at Law No. 3 since 2019, Juli Mathew is running for re-election.

A trial and appellate attorney with 26 years experience in India and in Texas, Surendran Pattel is running for Judge.

Zohaib Qadri (also known as Zo) is running for election to the Austin City Council to represent District 9 in Texas.

Elected to the Vermont Senate in 2020, Kesha Ram Hinsdale is seeking reelection. She served in the Vermont House of Representatives from 2009 to 2016. The youngest Indian American to ever serve in state elected office, Ram was the youngest state legislator in the US.

First elected to the Senate in November 2017, Manka Dhingra was first Sikh state legislator elected in the US. Currently Deputy Majority Leader of the Washington State Senate, she is running for reelection.

A former Bellevue City Council member, community leader, public school parent, and biotech and healthcare professional, was first elected in 2020. She is running for a second term.

Josh Kaul’s election in 2018 as Attorney General switched the office from Republican to Democratic for the first time since January 2007, when Kaul’s mother, Peggy Lautenschlager, left the office after serving a four-year term

From 2010 to 2014, Kaul was an assistant US attorney in the US District Court for the District of Maryland.