We may never know if this film tells the story truthfully, but it does make for one heck of an interesting film experience. 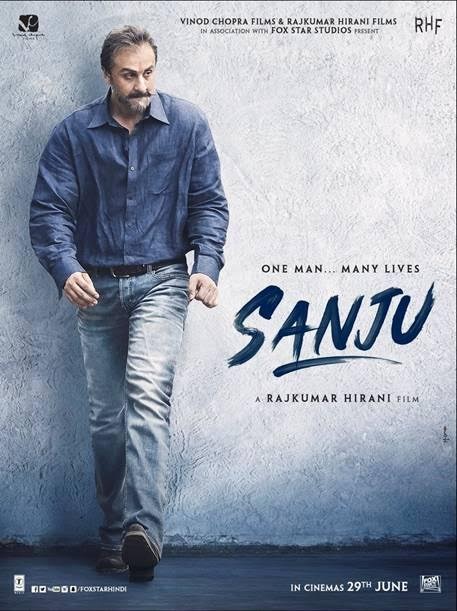 Every film directed by ace filmmaker Rajkumar Hirani is special and always keenly awaited. And why shouldn’t it be, given that he is the maker of Munnabhai MBBS, Lage Raho Munnabhai, 3 Idiots and PK.

After PK broke box office records in 2014, naturally everyone was curious, what would Mr. Hirani make next? Many speculated that it would be a sequel to the 2nd Munnabhai or to 3 Idiots but the director caught everyone off guard when he announced that his next film would be a biopic on his actor-friend Sanjay Dutt (the star of the Munnabhai films). Almost immediately, audiences became intrigued. How will this film be made? Will it be too controversial? Will it be neutral or biased? Will we gain any new insight? Will it also cover his crazy rumored personal life? And, most importantly, which actor is going to be able to play this role, given Dutt’s distinct mannerisms? It was not too long after these questions came up that Hirani announced that Dutt would be played by current generation superstar Ranbir Kapoor. After this announcement, people became even more excited about the prospect of the film.

Now that the film has released, does it deliver the goods? Here’s my take:

Sanju tells the story of two key aspects of Sanjay Dutt’s life – his drug addiction period and his brush with crime/terrorism. The film also delves into his relationship with his father, his best friend and briefly with the underworld and a woman with which he was romantically involved with. Sanju narrates this story in the film to an author (played by Anushka Sharma) for the purposes of publishing a book that can present his side of the story to the world, which considers him a criminal. Is Sanju innocent or guilty? Is he a victim of bad choices or simply too naïve? These are the questions the film leaves for the audience.

From a performance standpoint, Ranbir Kapoor is absolutely incredible as Sanjay Dutt. Not only does he physically resemble him, but has pulled off the voice, mannerisms and body language perfectly. You forget that this is not Sanjay Dutt, and not once do you think this is Ranbir Kapoor. Simply brilliant. If he does not win major awards at the ceremonies next year, then those ceremonies’ judges ought to have their qualifications questioned. Vicky Kaushal is awesome as Sanju’s friend Kamlesh, while Paresh Rawal registers a strong impact as Sunil Dutt, even if he does not resemble him. Dia Mirza does well in a small role as Maanyata Dutt, while Manisha Koirala as Nargis, Karishma Tanna as Pinky and Sayaji Shinde as Banku Dada do fine in their respective roles. Sonam Kapoor also does her role well as Sanju’s girlfriend Ruby, while Boman Irani is hilarious as Ruby’s father. Anushka Sharma is also good in her role, though her accent is questionable.

In terms of editing, which is done by Rajkumar Hirani himself, the film is long at 2 hours and 40 minutes, but there is not a single boring scene in the movie. Every scene is either entertaining, engrossing or emotional and not once do you feel the film’s length. The writing by Rajkumar Hirani and Abhijat Joshi must be applauded for this very reason also. The team has weaved Sanju’s story together beautifully as a cinematic experience, which otherwise would be hard, given that they were working off only anecdotes from his life to craft the screenplay. They have always written tight scripts without any excess moments, and Sanju once again is held to that high standard.

Direction wise, what can I say about Rajkumar Hirani that does him justice. He is one of the few directors who has never disappointed me with their films. He has once again shown that he is the best, and now I keenly await his next film.

I also admit that I was near tears in one particular sequence of the film that comes near the end. The way the father-son relationship comes out in that scene is poignant and touching, and only Hirani could have pulled it off so well.

Are there flaws in this movie? Perhaps. But it all depends on perspective. Some people have always believed Sanjay Dutt to be innocent, so if the film shows him in a positive light, that is no surprise to them. For those that believe he is guilty, they will question the validity of the tone of the movie, which shows all events from Sanju’s perspective, therefore justifying why he did certain things that he did.

Some have expressed annoyance that the film does not touch upon his multiple affairs or marriages. But I ask, why should it? Do they define a person? Even non-famous people cheat on others or get married multiple times. Do we honestly care about them like we do celebs, whom are normal people too?

Also, the film has been getting some flak with its negative portrayal of the media. All I will say about this is that while most media do great good, there are always those few outliers that have no integrity or honesty and do anything for a headline. And while I may not agree with the film’s blatant bashing of the media, some of the questions that it raises about journalism in today’s world of hyper consumerism should be thought about.

As the film was written based on Sanju’s direct anecdotes, naturally Hirani has made it from that angle. The media has written much about him, perhaps it is important to hear Sanju’s side of the story, whether we believe it or not.

The truth about the accuracy of the movie is known to only one person – Mr. Sanjay Dutt. We may never know if this film tells the story truthfully, but it does make for one heck of an interesting film experience. For this, I give it a 3/5. It should definitely be watched once, if not for the story, then for RK’s performance, which will live on as one of his landmark ones.

Do see Sanju and decide for yourself what you believe. Enjoy!